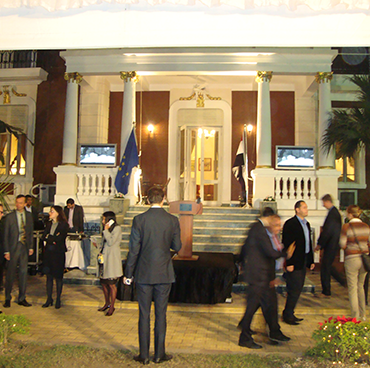 On the occasion of the European Union winning the Nobel Peace Prize, the European commission celebrated this important event .

Nobel Peace Prize was awarded to European Union (EU) “for over six decades contribution in the advancement of peace and reconciliation, democracy and human rights in Europe”.

The Norwegian Nobel Committee said its decision was based on the stabilizing role the EU has played in transforming most of Europe from a continent of war to a continent of peace.

EBS was there supplying the European commission with all the needed equipment for this important event including sound systems ,loud speakers, podium microphones, wireless microphones, projectors and LCD screens.