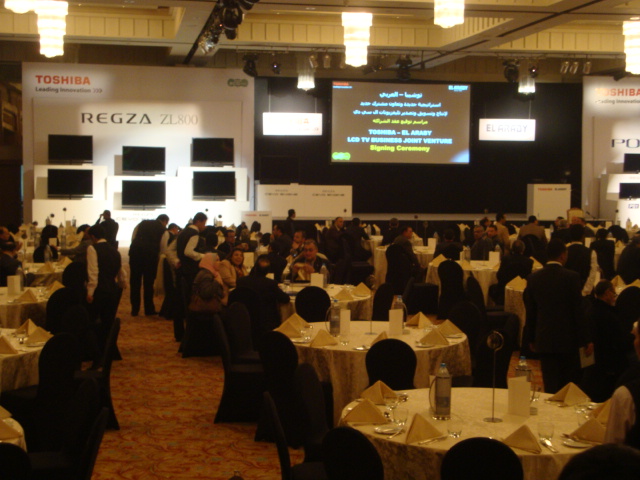 As a specialized company in organizing events, renting conference and interpretation systems, EBS had full setup for the REGZA launch ceremony that Toshiba held in Egypt for its new production line for the REGZA screens.

The company supplied the audio system for a hall for 500 guests including wireless systems, podium microphones for announcements as well as the musical system accompanying the ceremony.

The company also supplied a wireless intercom system that was used for the ceremony director and the operators of the systems as well as a walky-talky system for the organizers.

EBS was also responsible for the lighting system used for the ceremony as well as the projection system in which two 15000 Ansi lumens projectors were used.